Chong Ren awarded scholarships to promote morality and filial piety in the year 100.

Every year, Chong Ren Cultural and Educational Foundation awards scholarships to promote students’ morality and filial piety. This year, to celebrate the 100th anniversary of the ROC, the Foundation organized the presentation ceremony with I-Kuan Tao concert named “Marvelous 100 and Promoting Filial Piety.” In the ceremony, 70 students received the scholarships.
The founder of Chong Ren Cultural and Educational Foundation, Ms Chen Hongzhen, learned from her father’s example dedicated to the virtues of morality and filial piety. Every year she awarded scholarships to help students complete their studies and repay our nation and society.
Since January 1986, the board of directors has continued with the tradition. Up to now, more than 1500 students have received the scholarships. This year, senior Tao transmitting master Han Wannian represented the board to give a lecture, in which he emphasized that the cause of the Foundation must be glorified and that we should all make contributions to our nation and society.
On 20 August, 2011, the ceremony was held in Hui-Chan Hall of the National Chin-Yi University of Technology. Taichung Vice Mayor Mr. Cai Bingkun represented the Executive Yuan to award a medal for the Foundation’s distinguished contributions to social education.
In the ceremony, Chong Ren Filial Piety Troupe presented a drama called “Father’s Scrambled Rice,” which described the life of a single father who raised his daughter in a big city and on the day before her wedding, he told her how much she had meant to him.
Taichung Chong-De Choir also sang three touching songs in the ceremony; namely, “All Start From Vegetarian,” “What Mom Likes,” “Three Generations in a Family.” They have deeply touched the hearts of the 2000 participants in the audience.
張貼者： Erika Hsiao 於 下午11:25 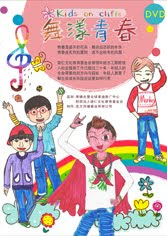